How to use the Google Sheets chat feature 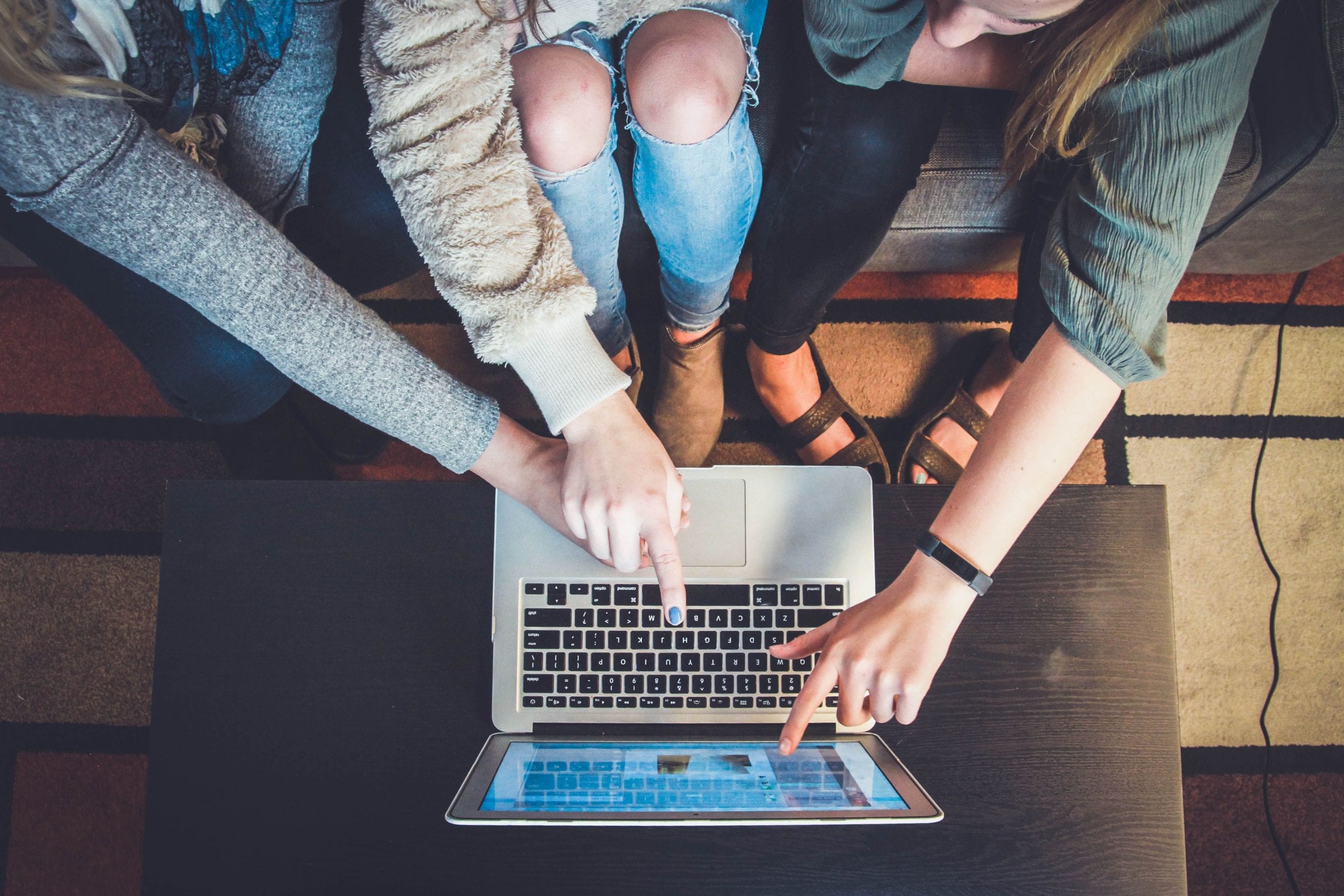 One of the most exciting features of the early internet boom was the ability to chat with other people in real time. And to this day, it still remains one of the highest used features on the internet. If anything, this has only increased with the time. We know that Google Sheets has been innovating on the collaborative front. A team of people can work on a Google Sheets file from anywhere, regardless of the location and device. But can they discuss in real time while working on the application? Yes, they can! The chat feature in Google Sheets is yet another step to promote collaboration.

A chat utility is typically a messenger that lets two or more users discuss in real time, it is almost like conversing with text messages. To facilitate teamwork, Google Sheets built-in a chat feature within the application. All the users who have access to a particular Google Sheets file can utilize this feature to discuss things right over the file. This is much faster and effective than picking up a phone or sending out an email because we have the context of the discussion right in front of us.

We can trigger the chat feature in Google Sheets UI only if there are two or more users working on the file at the same time. Otherwise, the chat option won’t be available. And it makes sense this way. Because who do we chat with if there’s no one’s actively working on the file?

Let’s say we have three users viewing the file at the moment. And one of the users wants to know other’s perspective. All he has to do is click on the Show chatbutton to open a chat window and fire the message away. 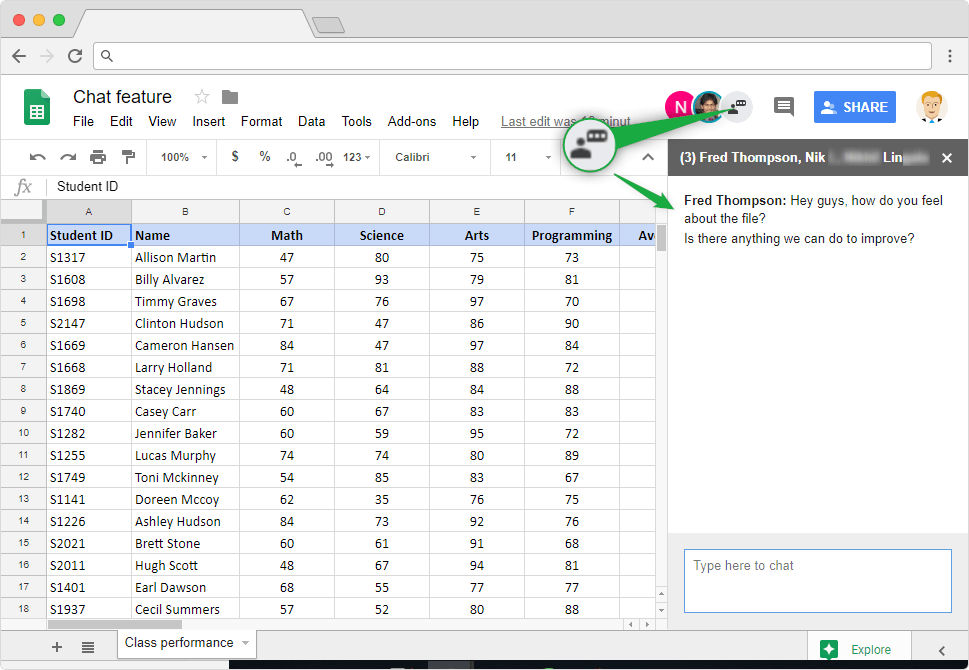 As soon as he does that, the other two users will see a notification that they received a message. Pretty much similar to the notifications we are used to in our mobile devices these days. This is how it looks.

Also, the title of the browser tab will briefly flash with a text indicating that there is an incoming message. All that the other users now should do is click on the “Show chat” button and respond accordingly. Unsurprisingly, this response will reciprocate among the group. 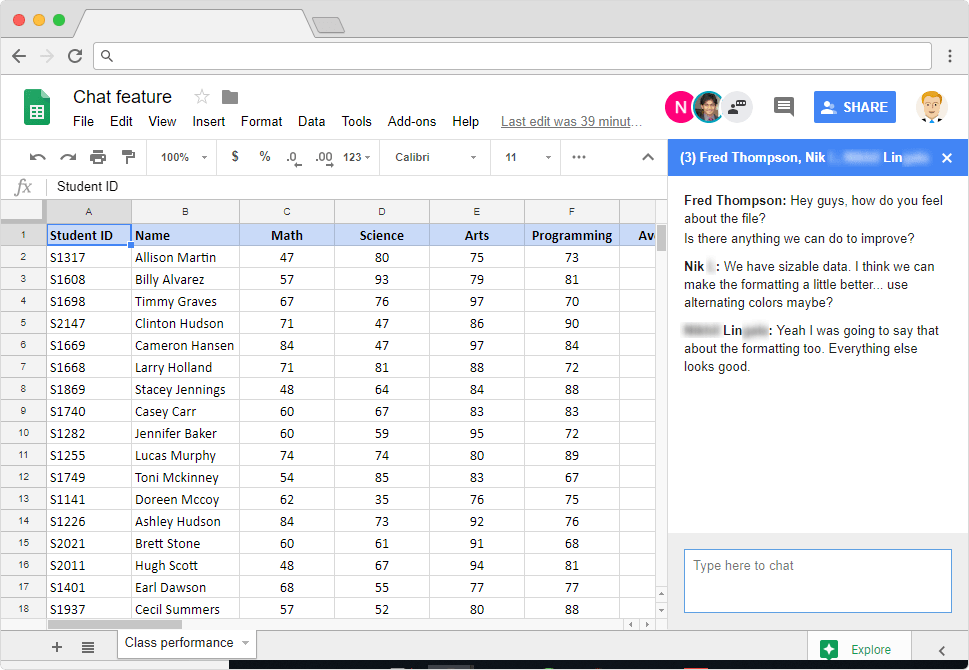 You may notice that the chat window will not obscure the spreadsheet real estate. We can keep working on the file while chatting with other users.

Leave and close the chat 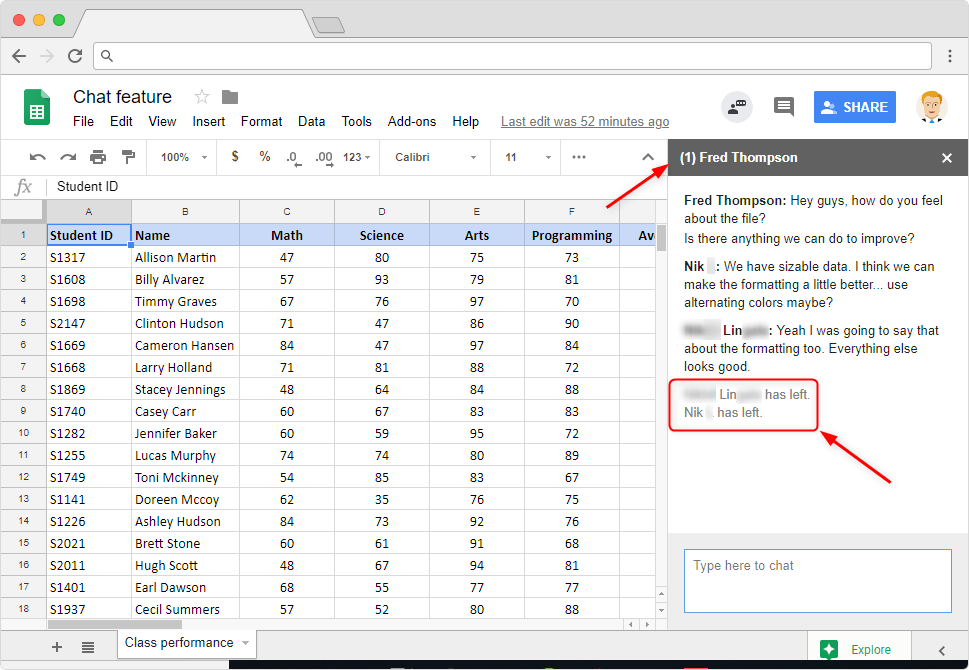 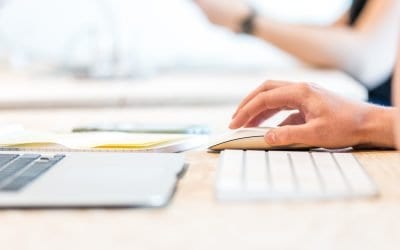 How to upload Excel to Google Sheets automatically

Microsoft Excel has dominated the spreadsheet world for decades, but many users are now moving to...

END_OF_DOCUMENT_TOKEN_TO_BE_REPLACED 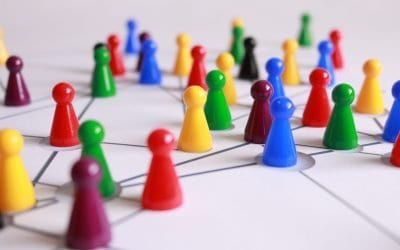 How good spreadsheet data structure helps you work smarter Spreadsheets are one of the most...

END_OF_DOCUMENT_TOKEN_TO_BE_REPLACED 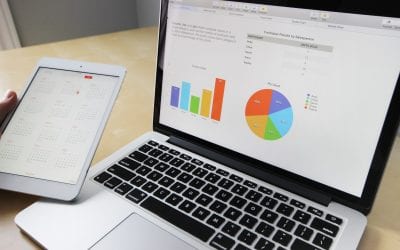